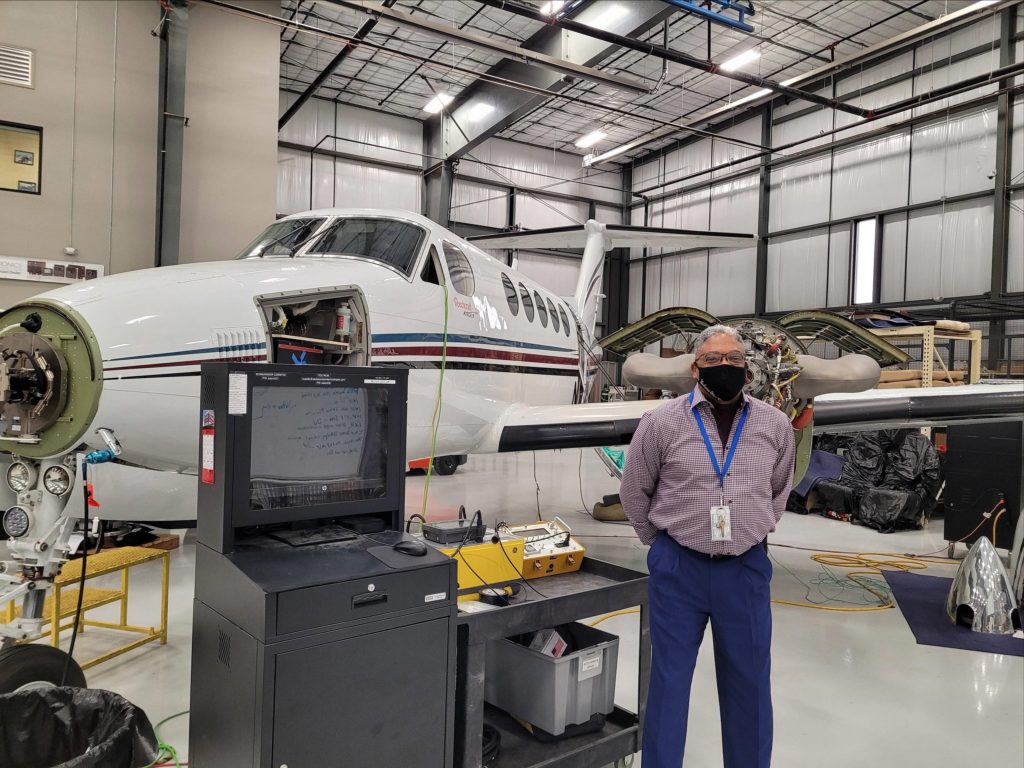 The products come to market at a time that aircraft owners are refreshing their business aircraft in increasing numbers, said Woody Cottner, Global Aviation Technologies vice president of business development.

“We think we are right in the sweet spot,” Cottner said. “We are a small company that provides cost-effective solutions in a timely manner.”

The IS&S autothrottle gained recent attention when Textron Aviation announced the Beechcraft King Air 260 and King Air 360, upgrades to its King Air 250 and King Air 350 turboprops, which include the equipment.

The autothrottle reduces a pilot’s workload by automatically managing engine power from the takeoff roll through the climb, cruise and descent phases of flight, said Tom Grunbeck, IS&S director of autothrottle programs.

The system protects against temperature and torque limits and the engine against an engine surge. It also provides increased situational awareness and allows for stabilized approaches on landing, Grunbeck said.  “It has significant reductions in cabin noise to exclude changes in engine power and strict adherence to speed targets.”

Global Aviation Technologies, an IS&S dealer, is completing its first installation for a customer’s King Air B200GT. The King Air was in for other upgrades when the owner heard about the autothrottle and wanted to include it.

“That’s how we got hooked up with IS&S,” Cottner said.

The kit and detailed instructions from IS&S are complete and easy to follow, and the company provides excellent support, said Jim Edwards, Global Aviation Technologies avionics manager. The kit comes with all components, including wire harnesses, brackets, clips, fasteners and hardware to reduce labor hours and an aircraft’s time out of service.

The autothrottle is certified on the King Air 200, 250 and 300-series aircraft equipped with Pro Line Fusion and Pro Line 21 avionics.

There are other projects with IS&S in the works.

“We are working on another major avionics upgrade program that hasn’t been disclosed yet, but it will be for legacy Learjets,” Cottner said. Certification for Lear 30-series jets is expected in 2021.

Global Aviation Technologies, founded in 2002, employs more than 45 workers. It felt the impact from the COVID-19 pandemic but did not have to resort to layoffs, mainly because of its work on military projects, Cottner said.

It recently completed a glass cockpit update on an Air Force C21A, a military version of the Learjet 35A business jet, and is now working on an upgrade on the satellite communications system.

Global Aviation Technologies has also been selected as an installation facility by Gotham Studios, which offers inflight entertainment called Goji Geotainment. The system is a “plug and play” replacement for aircraft with Air Show 200, 400 and 4000 systems.

“We are thrilled to offer this amazing little box to our customers, and the ease of installation makes it a perfect upgrade on maintenance events,” Cottner said. “The moment I saw it, I knew it was a great solution to upgrade aging IFE systems—and for small aircraft customers with no entertainment system.”

The system provides live streaming to passengers’ personal devices. Besides music, movies and moving maps, the “GojiBox” features short stories by Emmy Award-winning producers on locations and points of interest the aircraft is flying over.

Certification is expected in early 2021. The launch customer is a King Air owner, with installation by Global Aviation scheduled to begin in April.

“It’s really about storytelling, and this is where I come from,” Peter Nissen, president and executive producer of Gotham Studios, said of the system. “I’ve been working in Hollywood and TV for decades … What I wanted to do was bring the magic of the land and the stories that are absolutely everywhere. It’s really like having a tour guide right next to you.”

For example, passengers can learn about the Norman Rockwell Museum in Connecticut, take an ice cream tour of Los Angeles or follow Charles Lindbergh’s famous route during a flight from New York to Paris with narration from TV journalist Jane Pauley.

A third new program for Global Aviation Technologies will be the installation of Hartzell alternators and starter generators provided by Safran for King Air turboprops used for special missions. Supplemental Type Certificates should be completed by the end of the first quarter of 2021, Cottner said. Flight testing and ground testing have been completed.

The company will also provide kits for overseas customers, he said.

The starter generators will increase power from 600 amps to 800 amps, while the alternator will provide another 150 amps of power.